(Picture by Nicholle Kobi  – Saved from her Facebook page)

So I cannot believe it took me until I was 33 to finally take a trip to Paris!

Living in the UK,  France is so close that I’ve found myself there many times before – including last year.

However I’ve never been to Paris.

Subconsciously I think I’ve been waiting for a man to take me on a romantic getaway, then it dawned on me…show yourself some love 🙂

In the end I took my mum with me. The love of my life 🙂

I have to say it’s as beautiful as everyone says it is,  and from the Eurostar journey to lunch at an American/French pub people were nothing but warm and friendly, and we had a whirlwind of an exciting time.

Here are some pictures and comments to share with you!

I have stayed away from alcohol this year as part of a personal journey to become more spiritually in tune.  I do however intend to have a glass of bubbly on special occasions. With this in mind, I had some sparkling wine on the way to Paris –  in my excitement I spilt most of it over my legs! 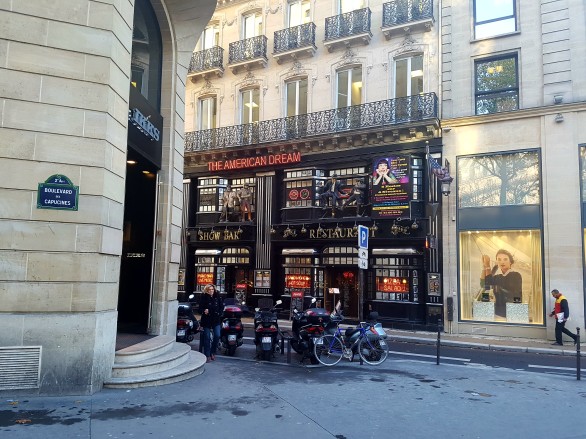 On arrival at Gare Du Nord we purchased tickets for an open top bus tour. This was to take place on two seperate buses, one into the city centre, and the other around the major sites.

After getting the bus into the city centre, we took a walk and had lunch in an American/French pub called The American Dream.

Quite an eccentric place, that unfortunately had some very bad reviews, I think we made the right choice by going with simple omelettes and soup. The waiter warned us that our portions would be large, but we were in no way prepared for the gigantic food that arrived!  In fact, I bit into a rather large cruton and chipped a back tooth, or it was simply the crouton that cut my tongue in multiple places!

Quite a fun place to eat simply for the ‘out there’ decor, but possibly not everyone’s cup of tea.

The service was very lovely and warm, with friendly waiters.  I think it helped that they assumed we were French! (The American tourists in the corner got a bit frustrated though…) 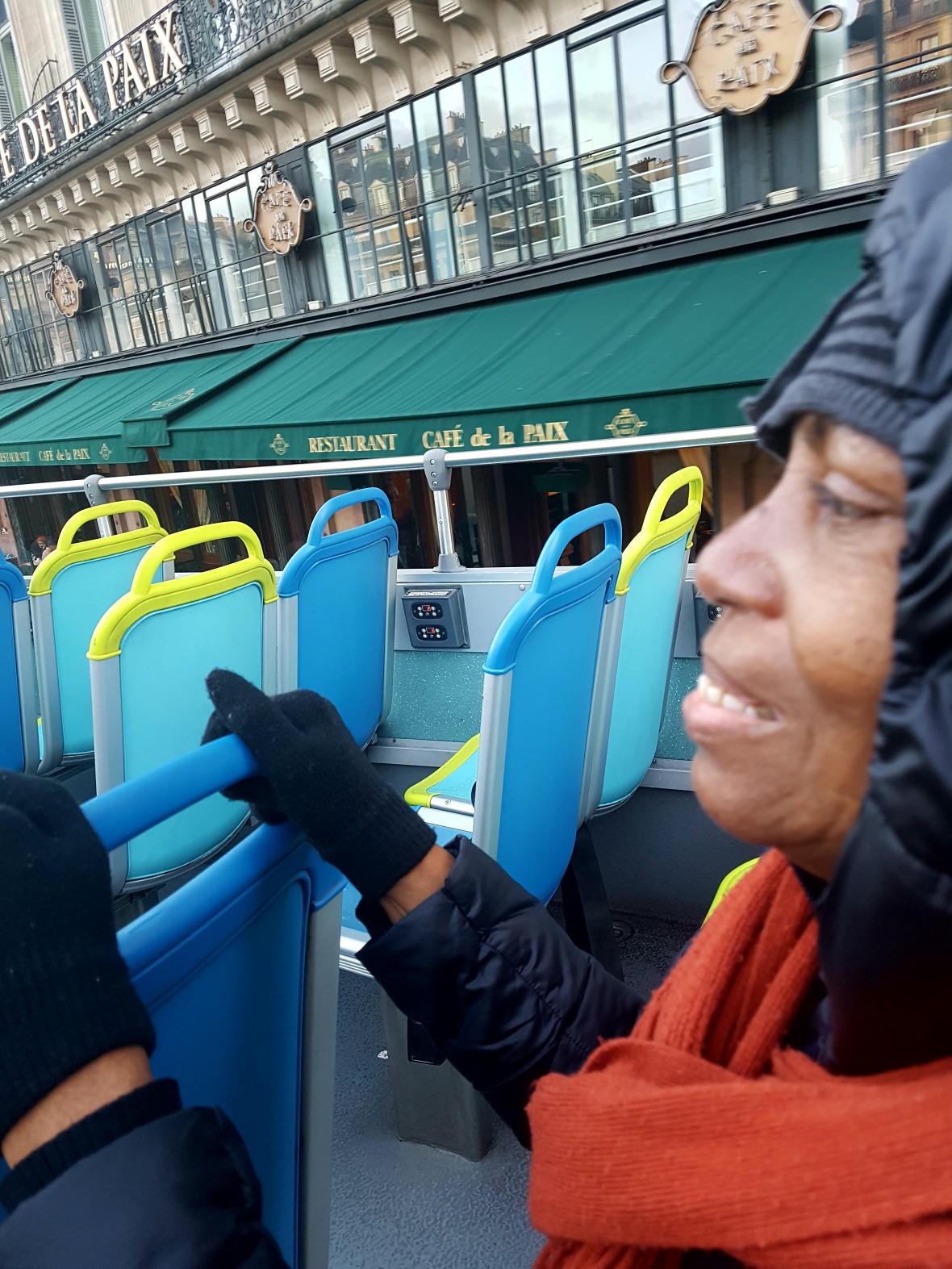 My mum sitting on top of our second open top tour bus. It was freezing cold so she was wrapped up very warm! I loved seeing how excited it made her, my mum is 72 years old and this was the first time she had visited the city.  It gave her so much joy and I am so glad I was able to share this trip with her.

Though I try to stay away from open top tour buses, (preferring to just explore cities on foot), we only had a day, and this tour through Paris made it possible to take in all the major sites.

Also my mum is an older person with a chronic illness, so it was not practical for us to walk everywhere, this really made everything a lot easier for her.

It was a truly magical ride taking in The Eiffel Tower, The Louvre and Champ Elysee to name just a few sights.

It was a complete delight and here are my two favourite pictures that I snapped: 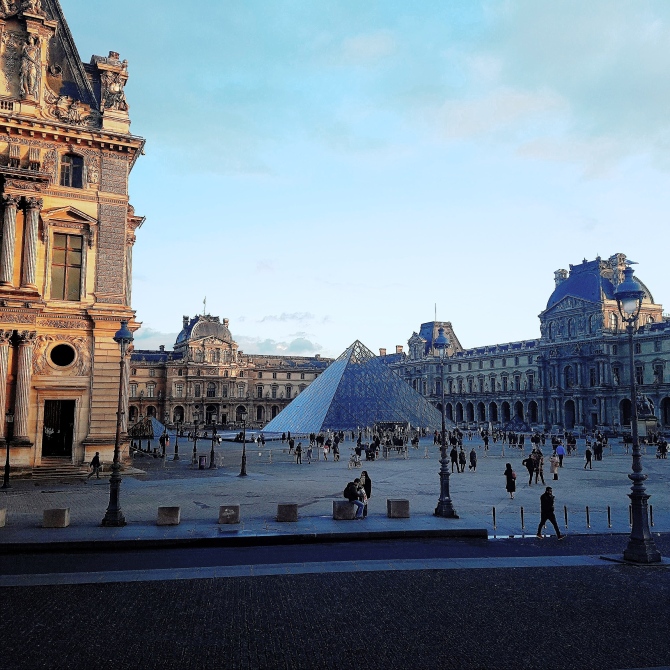 In our excitement, we missed the tour bus that would be taking us back to Gard Du Nord. So we decided to take a stroll down Rue La Fayette in order to get to the station, as we had a couple of hours until our train back to London.

The road is very long and full of metro stations and locals. It was really lovely to walk like a Parisian on an evening lit by an almost full moon.

It was buzzing and busy and vibrant.

(‘Before’ and ‘After’ shots in our very comfy Eurostar seats, from the beginning of the day and the end)

We left Paris at 8.13pm with very full bellies, some chocolate for the family and utterly exhausted!

I can honestly say this was the best birthday I have ever had.